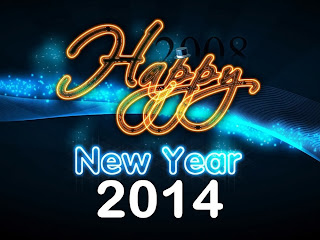 Well, in a few more days the 365 days of year AD 2013 will come to an end.  It’s shocking to me how fast the years seem to fly by these days.  I guess it’s true what they say … the older you get the faster the years go!  And I just turned 43 years of age a few days ago on Christmas day.  So yeah, I’m an old man now and the time is down right FLYING! LoL

So, doing the math, we have just 6 little years to go and it will be the year AD 2020!  Oh, my!  The 2020’s is when it’s ALL going down, my friends!  That’s the decade the Antichrist will fulfill his wicked Earthly mission.  That’s the decade his “mark” to buy & sell will be administered on the right hand or forehead of everyone willing.  And that’s the decade Jesus Christ will return to planet Earth destroying its surface with a global flood of fire!

It feels like just yesterday when God asked me to quit my job in early AD 2008 and I worked all hours of the day and night writing the book “Undeniable Biblical Proof Jesus Christ Will Return to Planet Earth Exactly 2,000 Years After the Year of His Death” that year.  I remember thinking different times while writing the book, “Wow, only 12 years to go until the decade it’s all going to go down!”  And now half of those years are gone already!!! SHOCKING!!!  Even … SCARY!!!

Well, AD 2014 is going to have more of the same … strange weather patterns, earthquakes, tornadoes, tsunamis, volcanoes, fires, floods and famines.  But the next 6 years are going to FLY by and then it’s REALLY going to get serious!  If you haven’t had a chance yet, please find the time this year to read the book I wrote, for it’s from God for the people of this final generation.  Also, in early spring of this year a movie based on the book will be out entitled “2028 END”.  Look for it!!!  And watch it with an open heart!!!  And most of all, let's keep making the necessary changes in our lives to align our thoughts, words, and deeds with God’s Law of Love before the day the fire starts: “Neither their silver nor their gold will be able to deliver them on the day of the Lord’s wrath; and all the Earth will be devoured in the fire of His jealousy, for He will make a complete end, indeed a terrifying one, of ALL the inhabitants of the Earth” (Zephaniah 1:18).

Approximately 768 Weeks (Sabbaths) Remaining Till Christ's Return!
Posted by Gabriel at 9:56 AM 2 comments: 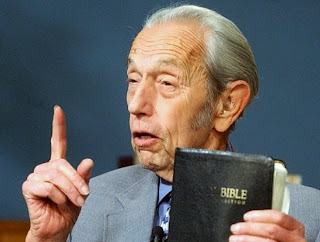 I can still remember my gut sinking when I first came across Harold Camping and his May 21, 2011 Judgment Day prediction back in 2010.  I had already written the book “Undeniable Biblical Proof Jesus Christ Will Return To Planet Earth Exactly 2,000 Years After The Year Of His Death” and thus, I knew Harold was wrong!  I knew Judgment Day was still nearly a score of years away, and Harold’s prediction would be just another falsehood that would make my job harder.  And that’s exactly what’s happened!

I remember taking a cursory look at the so-called “meat” behind Harold’s “inspired” Biblical mathematics, leading to his prediction.  It was pathetic!  In just a few minutes of reading, his error was obvious; he thought the Flood of Noah’s day happened 4990 BC, and Christ would return 7,000 years from then, which was AD 2011.  4990 BC for the Flood?  Are you kidding me?  Where did he get that date?  Out of a hat?   Mankind has known for CENTURIES the Flood happened around 2300 BC, and Creation around 4000 BC.  It was obvious, this was just hocus pocus date setting!!!  Then, Howard claimed the 2nd Month & 17th day (in Genesis 7:11) to be May 21.  Ridiculous!

Anyways, Harold Camping passed away this past Sunday, December 15, 2013, and I can confirm he has succeeded in one thing … he’s made cynics and ridiculers out of people worldwide today, for I still receive messages from folks comparing me to him, and calling me crazy.  It’s sad really!  I know Harold’s lie, along with the December 21, 2012 Mayan lie, have left people today not wanting to hear ANYTHING concerning Judgment Day or the End.  But I’ve also noticed another strange fact … those who criticize me are those who have NOT taken the time to hear the “weight” behind my words, and those who HAVE taken the time, never say a word!!!

Did you hear that?  I have not had a single person who has read my ENTIRE BOOK (since the book’s been out for 4 years now!) say ONE SINGLE WORD of criticism towards me! That should speak for itself!  Friend, the Biblical “weight” or evidence behind the “date” I’m professing is OVERWHELMING!!!  It’s not just one little made up number; it’s the knowledge of HUNDREDS of Biblical truths that point to the truth of my book’s title!  Thus, I’ll say it again … it is a Biblical fact Jesus Christ will return to planet Earth during precisely the 2,000th year after whatever year it was he died on the cross!  And the 2 millennium celebration of the year of his death is only now about 14 years away!!!  Come quickly Lord Jesus.

Approximately 769 Weeks (Sabbaths) Remaining Till Christ's Return!
Posted by Gabriel at 10:33 AM No comments: 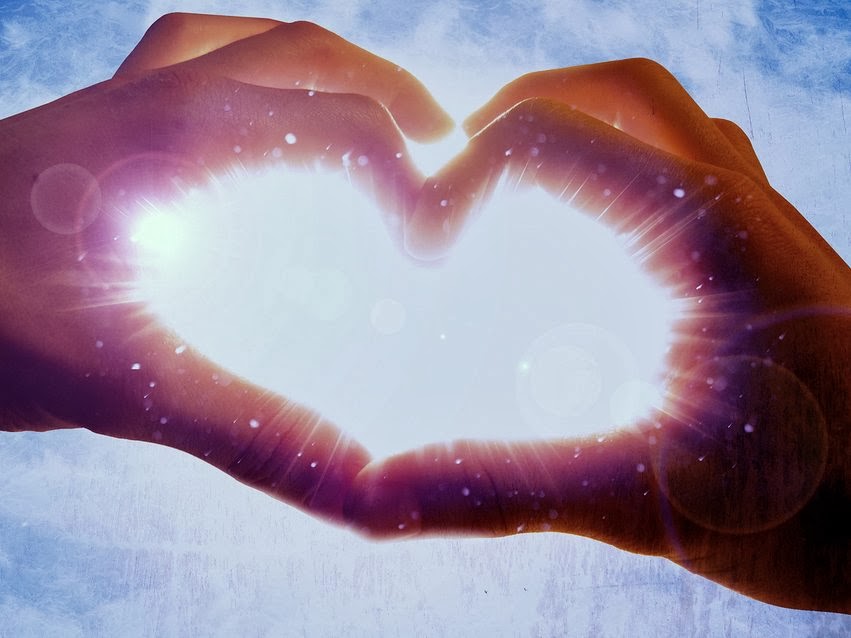 This holiday season please share the following song with your family and friends, encouraging them to remember … it's ALL about love!  (Excerpt from the 10LoveCommandments.com website, 10LC songs download page, written by Rahal Ramsey:)

Yeah … what HAS happened to Love anyway? : S  Well, this is no surprise as the Bible predicted long ago that in the last days the hearts of men (and women) will grow extremely cold towards God, His Word/10 Love Commandments and others.  Right will be seen as wrong and wrong as right.  Evil will be good and good evil: “And because lawlessness will be increased, the love of many will grow cold” (Matthew 24:12).

This beautiful song by Mark Swindell hits the nail right on the head!  You can see this cold-heartedness everywhere in society, at work, school or on the streets.  Mark has worked hard to produce this song and sung with all his heart trying to remind you to not ignore your brothers and sisters out there who are in need.  Don’t ignore their cry for help.  Associate with the lowly, visit people in prison, the sick in hospitals, volunteer in shelters, give to charity; there are many ways to help out!  Even a simple smile and “hello” makes a huge difference and lifts up people’s spirits!  Please don’t ignore your call to show Love to others who are less privileged.  If you are blessed from God, share your blessings with others, for this is the reason why you were blessed in the first place.  This is what God really wants from people He allows to get rich.  Do not be selfish and greedy, thinking of yourself only.  Do not forget that if you ignore others and don’t show love to them you are doing the same to God himself!

This song’s message lines up perfectly with Jesus’ teachings.  Here is part of the parable he taught: “Then he will say to those on his left, ‘Depart from me, you cursed, into the eternal fire prepared for the devil and his angels.  For I was hungry and you gave me no food, I was thirsty and you gave me no drink, I was a stranger and you did not welcome me, naked and you did not clothe me, sick and in prison and you did not visit me.’  Then they also will answer, saying, ‘Lord, when did we see you hungry or thirsty or a stranger or naked or sick or in prison, and did not minister to you?’  Then he will answer them, saying, ‘Truly, I say to you, as you did not do it to one of the least of these, you did not do it to me.’  And these will go away into eternal punishment, but the righteous into eternal life” (Matthew 25:41-46). 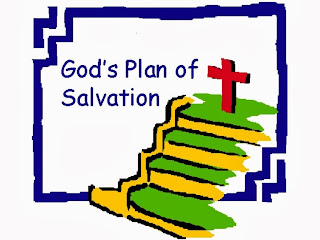 My wife and I met a woman in this past week who not soon after talking unabashedly informed us of her , handing us its small promotional postcard while pointing and saying, “And here on the back is God’s plan of salvation.”  So, after we were done chatting I sat down and took a look at it.  And that’s when my blood pressure rose!  Oh, how I HATE, this subtle, hell-leading, lie from Satan, wrapped and cloaked in the guise of today’s religion of Christianity:

2. Realize that we will all stand before God someday
Hebrews 9:27, “It is appointed unto men once to die, but after this the judgment;”

4. Realize Jesus died for your sins out of love for you
Romans 5:8, “But God commendeth his love toward us, in that, while we were yet sinners, Christ died for us;”

5. With a repentant heart, place your faith in Jesus alone for eternal life
John 3:36, “He that BELIEVETH on the Son hath everlasting life …”
John 3:16, “Whoever believeth in him should not perish but have everlasting life”

Let us help you with this decision with a simple heartfelt prayer.

“Dear Lord, I know I am a sinner undeserving of heaven.  Please forgive me.  I now place my trust in Jesus Christ alone to take me to heaven when I die.  Thank you for saving me.  Amen.


Ugghh, it makes my blood boil even now having to type that clever, cunning, sly, satanic lie into this blog!!!  Notice how steps 1 through 4 each begin with the word “Realize”, as if these are things you MUST KNOW to go to heaven?  That’s a lie!  Notice the word “alone” in step 5 and the prayer?  Why did they use that word?  Why is the heartfelt prayer "simple"?  Why did they capitalize the word “Believe” in the John 3:36 verse in step 5?  Why have they not told you, even once, in the 5 step plan the ONLY THING Jesus said (written in their own Bibles!) WE MUST DO to go to heaven … “Keep the (10 Love) Commandments” (Matthew 19:17)?  Sick!  Twisted!  Demonic!

For the REAL TRUTH about God's Plan of Salvation, click HERE.

I will go to my grave, with my last breath, exposing this lie!