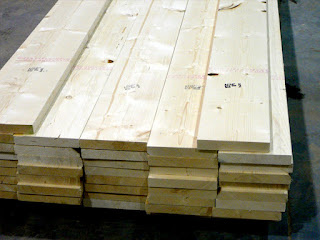 This morning Friday the 13th, November 2015, I had the strangest dream. I was in this large banquet hall style room containing square support columns and glass windows.  There were tables and chairs and people sitting everywhere, and someone was speaking or singing in one corner of the room to which our attention was fixed.

I was near the back corner of the other side of the room from the speaker, standing up next to one of the support columns and looking towards the speaker/singer.  As I watched, I noticed a pile of lumber outside one of the windows to the right of the speaker.  The lumber's ends were facing me and I knew instantly they were 2" x 10" x 16' joist.  The pile was kind of spread out, like it had been picked through a little, and all of a sudden I watched one joist lift up from a flat position to a 45% angle and then flip up into the air over the stack next to it!  I was like, "No way!  There's no workers near that pile!  How did that do that?"

Then, as I was thinking about it, I was shocked to see the whole pile lift up off the ground and pivot slightly!  The whole pile was trembling like a leaves in a wind storm.  And then, wham ... through the window came a joist flying parallel with the ground across the entire room and ramming into the back wall!  Men who had been sitting there just barely escaped without being impaled.  Then, more joist began sailing through the room causing destruction.

Soon, one was coming right at me, and I got behind one of the square columns for protection. As it neared me, I jumped up and it went through the column beneath me and hit people behind me.  It was terrible.

After this, I found myself sitting at a table talking with people about what had happened.  One lady stood up and showed us her black and blue finger, which she said she got by putting up her hand and trying to stop one of the flying joist from hitting others. I was ashamed, thinking, "Wow, she actually tried to stop one of those boards to protect people, and I didn't!"

As I began to awake from my dream, I received an instant thought that the joist's size 2" x 10" x 16' was a date ... 2 - 10 - 2016!  It was really weird and strange!  I didn't know what to think, and still don't.  I'm 95% sure this dream means nothing, but could I be wrong?  My first inclination was to just forget about it, but then I thought, "What if something does happen on that date, and I never warned anyone ... would I be fulfilling how in the dream I did nothing to help?"

So that is why I wrote this blog ... I just have to tell it.  I'm still 95% sure this dream means nothing.  But maybe, just maybe, it does mean something?  Maybe some kind of destruction is going to happen on Feb 10, 2016?  I don't know, so I'm just putting this out there ... if you read this, please be extra cautious on that day and pray for people's protection.

Approximately 670 Weeks (Sabbaths) Remaining Till Christ's Return!
Posted by Gabriel at 10:47 AM No comments: