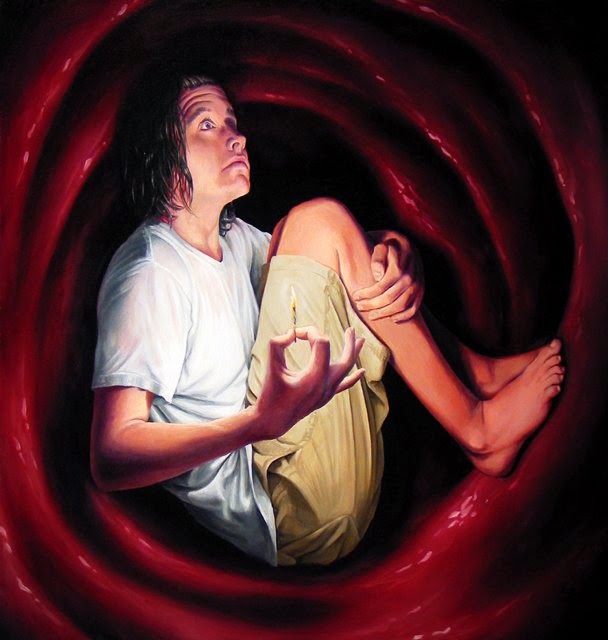 Asked to perform a sign, Jesus said, “A wicked and adulterous generation asks for a sign!  But none will be given it, except the sign of the prophet Jonah: For as Jonah was three days and three nights in the whale’s belly, so shall the Son of Man will be three days and three nights in the heart of the earth” (Matthew 12:38-40).  Wow, do you see what just happened there?  Jesus revealed the DETAILS contained in a story in the Old Testament were prophecy about him!  Isn't that amazing?

Now, was every detail in Jonah’s life prophecy about Christ?  No!  But the part he spent in the whale’s belly was!  In fact, it took Jonah running from his calling for God to set up this prophetic happenstance.  I wonder did God control Jonah’s heart?  I don’t know, but once Jonah began running, God saw an opportunity to precisely control the circumstances in his life, so that those circumstances (time, place, & action) foretold of things the Messiah would later do during his time on Earth.

See, God KNEW Jesus was going to die on the Feast of Passover (to fulfill that Feast) on the fourth day of a week (Wednesday) and be buried by sundown.  God also KNEW Jesus would rise from the grave at the start of the Feast of First Fruits that week (to fulfill that Feast) sundown on the seventh day of the week (Saturday).  Therefore, God knew LONG in advance that Christ’s body would be in the ground for a total of three days and three nights (sundown Wed to sundown Sat) and therefore, in order to create a Messianic prophecy, God carefully controlled the whale to carry Jonah’s body around for three days and three nights before spitting him back up on land!  Note, as Jonah’s spirit was being carried around the dark deep oceans, way below ground level, it was a precise prophetic picture of Christ’s spirit visiting hell in the heart of the Earth, during his three days and night in the grave!  What an AMAZING prophetic foretelling of TIME (3 days and 3 nights), PLACE (in the Earth), and ACTION (prayer and preaching)!!!

Friend, do you think this is the ONLY circumstance God controlled in a story in the Old Testament to be a prophetic picture of something Christ would do or endure?  Absolutely, NOT!  They are ALL OVER THE PLACE in the Old Testament ... Noah's life, Abraham's life, Isaac's life, Jacob's life, Moses' life, Joshua's life, Samson's life, etc.!  God did these things to INCREASE YOUR FAITH in Him!  If you do not know these things, please, please, read the book I wrote “Undeniable Biblical Proof Jesus Christ Will Return to Planet Earth Exactly 2,000 Years After the Year of His Death”. You'll never be the same!

Two Minute Sermon Jam - Give Your Life To God