Game of Life vs. Game of Football: Clock Comparison 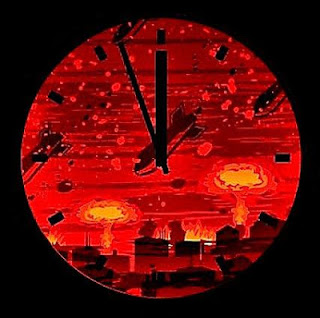 Likening God’s Creation to a football game, on pages 75-76 of my book I wrote: “Friend, the stakes in the Game of Life are extremely high: Your priceless soul’s ETERNAL destiny is on the line!  And the Game is almost over!!!  Year 6,000 is fast approaching with the return of Jesus Christ to planet Earth and the setting up of his 1,000 year Earthly Sabbath reign.  If the first 6,000 years of mankind’s history were equated to a 60 minute football game, approximately 12 seconds would be left on the clock till Christ’s return at the writing of this book in AD 2008.  That is how late it is!”

Since it is football season here in , I felt like writing a fun blog this week on how to calculate the time left till Christ’s return, with respect to a 60 minute football game.  This way in the future if you want to know how many seconds are left in the Game of Life (compared to a 60 minute football game) you can refer back to this blog post and simply punch the numbers into the equation and get the result.  Note: we are using the Feast of Trumpets (Sept 21 AD 2028) as our end date, for that is likely the 2,000 year anniversary of Christ’s death on the cross in AD 28, and thus Earth’s 6,000 year; and you can find the actual time remaining till that date (which you will need for the calculation) by visiting the book’s website, scrolling down to the bottom of the homepage, and viewing the “Countdown to Christ’s Return” clock.

Did Pharaoh Perish in the Red Sea? 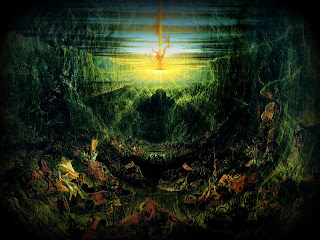 A few weeks ago a friend asked me if the Bible proclaims the Pharaoh of Egypt, himself, perished in the , along with all his chariots, horsemen, and hosts, during the Israelite’s divine and miraculous deliverance event.  The answer to this question is a resounding … YES, the Bible does!  But before I mention the direct verse, I want to first reiterate the revelation God gave me on December 8, 2007 concerning the Red Sea incident and its true meaning, which also confirms the Pharaoh absolutely, positively died in the on that great and terrible day.

The entire incident was a divinely-controlled, VISIBLE, prophetic picture of what the Messiah, Christ Jesus, would do spiritually on the cross one day in delivering mankind’s souls out of their bondage to sin and death, which the enemy (Satan & his demonic host) had held them under since Adam & Eve sinned in the Garden of Eden.  Thus, as Jesus died on the cross, the Bible explains what happened with these words: “that through death he (Jesus) might DESTROY him that had the power of death, that is, the devil” (Hebrews 2:14). It is in these few words, and with a divine understanding of God’s Word (specifically, what God was speaking through the Old Testament stories) that one can confirm with certainty that Pharaoh perished in the .

In the Old Testament story, Pharaoh represented Satan, Pharaoh’s army and taskmasters represented Satan’s demonic host, Moses represented Jesus, and the Israelites represented mankind.  Pharaoh held the “power of death” over the Israelites, just like Satan held the “power of death” over mankind’s souls.  But God destroyed ALL of Satan’s power by working through His son, Christ Jesus, on the cross, delivering mankind’s souls out of their bondage to sin and death.  So THIS is what God wanted to prophetically portray at the Red Sea, and He did it perfectly by killing Pharaoh and all of his chariots, horsemen, and host in the as Moses was “stretching out his hands” just like Jesus would do, "stretching out his hands" on the cross, some 1,300 years or so later.

And where does God confirm this in the Bible?  In the blessed and anointed Psalms: “He (God) rebuked the also, and it was dried up: so He led them through the depths, as through the wilderness.  And He saved them from the hand of him that hated them, and redeemed them from the hand of the enemy.  And the waters covered their enemies: there was not one of them left” (Psalms 106:9-11).  And: “To Him (God) that smote Egypt in their firstborn … And brought out Israel from among them … With a strong hand, and with a stretched out arm … To Him which divided the Red sea into parts … And made Israel to pass through the midst of it … But overthrew Pharaoh and his host in the Red sea” (Psalms 136:10-15).  Hallelujah!


Watch video “Moses & the Israelites (How To Obtain Eternal Life)"
Click image above to view larger picture.  It's powerful in meaning! 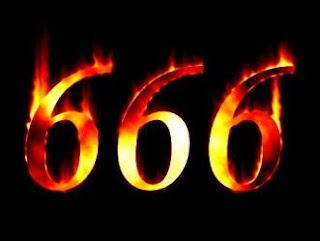 Tim Tebow is known today as the NFL’s (National Football League) most outspoken Christian.  Images of him bowing (te-bowing) in prayer in the endzone after scoring are fixed in almost every American football fan’s mind.  And in January 2012 God worked through Tebow to miraculously control the events of a playoff game to get His Word out (Read my blog: Tim Tebow & God’s Prophetic Voice: 316, 31.6, 3:16).  Well, folks, God isn’t through using Tim Tebow to advance His Word, for this past Monday night He miraculously did it again!

Monday night October 8th was football’s ominous 666th  – notice the Antichrist’s number? – Monday Night Football game, with the Jets playing the Texans.  Tebow played in the game, because he now plays backup quarterback to Mark Sanches for the New York Jets.  Tim tweeted these words before the game: “Looking forward to giving God all the glory in tonight’s 666th Monday Night Football game. Romans 8:37-39”.  Well, make no mistake about it … God got the glory, again, as He advanced His Word through the game!

When the game was all over and done, here were Mark Sanchez’s cumulative stats for the season: 6 touchdowns, 6 interceptions, 6.6 yards per attempt, 66 yards longest completion, and a quarterback rating of 66.6!  Are you kidding me?  And what number does Sanchez wear on his jersey?  Why of course … 6!

Is this all just a mere coincidence?  Or is God speaking to mankind?  I’ll tell you this … these 6-6-6 stats did not go unnoticed by the sports pundits and analysts, and thus they spoke words and wrote articles about it.  What does that mean?  It means God used a football game to bring attention to His Word, indirectly warning the world of the soon coming Antichrist’s reign!


Read Article: "Mark Sanchez Has Quarterback Rating of 66.6, which Is Just Part Of Fun With His Passing Stats" 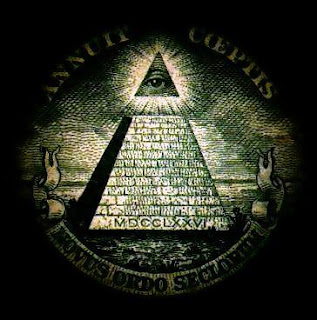 Have you heard these type people before … “Let’s get together, folks!  Let’s unite for a common cause!  Together, we can fight the New World Order (NWO).  We can stop its arrival.  Let’s fight against the Illuminati, the Bilderberg Group, the Club of Rome, the Trilateral Commission, etc. We’ll stop the NWO from coming into power!”  To all of that I say, “Really?  Do you even have a clue who’s REALLY in control of the events that are about to transpire in these last “age-of-sin” days on Earth?”

These people’s mindsets remind me of Peter’s, when after he heard Jesus explaining how he (Jesus) would soon suffer many things at the hands of the elders, chief priests, and scribes, and then finally be killed by them, rebuked him, saying, “Be it far from thee, Lord: this shall NOT be unto thee!” (Matthew 16:22).  To this, Jesus turned and scolded Peter, saying: “Get thee behind me, Satan: thou art an offence unto me: for thou savourest not the things that be of God, but those that be of men!” (Matthew 16:23).

Who’s controlling these people’s hearts today that are consumed with fighting the NWO, fighting the elitists, fighting the Mark of the Beast technology.  Listen, all is not as it seems!  At first glance, Peter seemed correct (even loving) in wanting to stop Christ’s coming persecution and hardship … but he was NOT!  He was motivated by Satan and fighting against God’s will!  Today, it appears these NWO-fighting people are on God’s side, wanting to stop the coming persecution and hardship … but on closer look, could they actually be expressing Satan’s will?  Friend, Satan knows God’s prophetic Word concerning these end times.  Wouldn’t it be to his advantage to stop it from being fulfilled?  Can you imagine? Satan making God out a liar!  Why what on Earth would happen?  The whole universe might instantaneously implode!

No, friend, God’s Word (prophecies) WILL be fulfilled.  Satan can’t stop it.  You can’t stop it. No one in the whole-wide universe can stop it.  The NWO will arrive; the Antichrist will come; and the saints will be martyred.  Don’t fight it!  Embrace it!  For without these things occurring, Jesus can’t return!  So I encourage you today to love the things that be of God (His Word, His plan, and His will) and savor not the things that be of men.