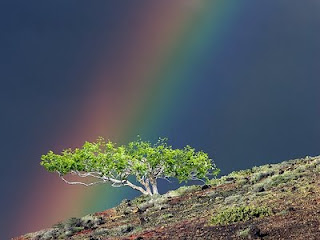 After being asked ‘what shall be the sign of thy coming, and of the end of the world’ by his disciples, Jesus finished a long list of things (which ended with a description of his rapturous return in the clouds immediately AFTER the Great Tribulation) with a parable: “Now learn a parable of the fig tree; When his branch is yet tender, and putteth forth leaves, ye know that summer is nigh: So likewise ye, when ye shall see all these things, know that it is near, even at the doors. Verily I say unto you, THIS generation shall not pass, till all these things be fulfilled” (Matthew 24:32-34).

What generation!  What was Christ talking about?  How was mankind to know WHEN this final generation of people existed?  The answer was hidden in the meaning of his parable … for God referred to the nation of Israel as a ‘fig tree’ several times in Scripture; thus, mankind was to understand from Christ’s words that when they SEE the ‘fig tree” put forth his leaves (Israel become a nation again!) THAT generation of people would not all die until 'ALL THINGS' were fulfilled.

And we “fly away” after 80 years!  Is this clandestine rapture (post trib) prophecy in the Old Testament???  Israel will turn 80 years old (and the final generation of people) on May 15, 2028.  A few months later in the fall will arrive the Lord’s Feast of Trumpets, the feast (appointed time) known in ancient Judaism as ‘the day no one knew the day or hour of’ because it was the only feast day to occur at the phase of a new moon, which couldn’t be determined until 2 witnesses saw the first sliver of the new moon!  Will AD 2028 see mankind's 6,000 year on Earth, confirming AD 28 saw mankind's 4,000 year on Earth?  Time will tell.

Here’s a link to a short video describing the ‘fig tree’ today, notice the average lifespan of an Israeli at the 1:52 mark: http://www.youtube.com/watch?v=lNhDdVYFRVk

Approximately 904 Weeks (Sabbaths) Remaining Till Christ's Return!
Posted by Gabriel at 11:08 AM