The Day of the Lord will "Come as a Thief" 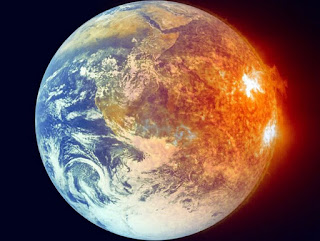 Here’s a Biblical phrase in God’s holy Word that satanically-deceived, pre-tribulation rapture proponents misconstrue and then use to promote their erroneous and dangerous doctrine. They say, “See, Christ is “coming like a thief” which means he will secretly and silently snatch away millions of believers before the Antichrist arrives, and then Earth will continue on through another 7 years (or so) of the Great Tribulation period, until Christ comes back AGAIN at the very end.”  How anyone with a Bible ever believes this nonsense just amazes me.

Listen, a second-grader could read God’s Word and tell you precisely how and when Christ is coming.  For when Christ left this planet almost 2000 years ago, ascending into a cloud, two angels proclaimed: “… this same Jesus, which was taken up from you into heaven, shall so come in like manner …” (Acts 1:11).  And only a little over a month earlier, Jesus had told his disciples: “Immediately AFTER the tribulation (Great Tribulation) of those days … they shall see the Son of man coming in the clouds of heaven with power and great glory. And he shall send his angels with a great sound of a trumpet, and they shall gather together (rapture into the air) his elect (believers) from the four winds, from one end of heaven to the other” (Matthew 24:29-31).  How could it not be any clearer?  Jesus Christ is coming back ONE time (not 2 more times!) in the clouds just like he left, at the sound of the last trumpet, gathering the believers into the air, at the VERY END of the Great Tribulation!  Simple. Crystal clear.  Elementary.

So what about this “coming as a thief” phrase?  What’s it about?  Friend, its meaning is easy to understand, too.  All it means is … for those people living in willful sin, meaning they have not repented or turned from their wicked ways — more specifically, they will be the millions and millions of people all over planet Earth who have the “mark of the beast” on their right hand or forehead to be able to buy and sell — Christ’s coming will be like a thief, because their souls will be PLUNDERED on that day!  In other words, they will LOSE (or have stolen from them) everything on that day, including their chance at obtaining eternal life, for their souls will be cast into hell.  It’s going to be excruciatingly terrible and painful for them.  They will have done to them exactly what happens to someone who is sleeping in a house at night, when a thief comes and steals everything they have.  Do you understand?  The Apostle Paul knew precisely the meaning of Christ’s “coming as a thief” phrase, when he wrote: “For yourselves know perfectly that the day of the Lord so cometh as a thief in the night … but ye, brethren, are not in darkness, that that day should overtake you as a thief. Ye are all children of light, and the children of the day: we are not of the night, nor of darkness. Therefore let us not sleep, as do others; but let us watch and be sober” (I Thessalonians 5:2-6).  See, to those of us who are living righteously, Christ’s return will NOT be “like a thief” because NOTHING will be stolen (or taken) from us.  Rather, we will gain eternal life!  So again, it’s ONLY to those people living in darkness (willingly doing evil) that Christ’s return will be “like a thief”.

Do you understand now how this phrase “coming like a thief” has NOTHING to do with supporting a pretrib rapture theory?  It simply describes the spiritual nature of what Christ’s coming will be like to sinners on the day of his return.  Amazingly, to the embarrassment of pre-tribulation rapture proponents, a closer look at the use of this phrase “coming like a thief” in Scripture actually PROVES Christ's rapturous return will be at the VERY END of all things!  Listen to Peter: “But the day of the Lord will come as a thief in the night; in the which the heavens shall pass away with a great noise, and the elements shall melt with fervent heat, the earth also and the works that are therein shall be burned up” (II Peter 3:10).  See, Christ’s “coming as a thief” phrase is used here to refer to the time at the very end of the Great Tribulation, when the surface of planet Earth, Antichrist, and all ungodly beast-marked people are about to be burned during Christ’s return, not 7 years (or so) before!  Additionally, in John’s book The Revelation we find the same evidence, for right before the seventh angel pours out its vial, which is the END of the Great Tribulation period, we read: “Behold, I come as a thief. Blessed is he that watcheth, and keepeth his garments, lest he walk naked, and they see his shame … And the seventh angel poured out his vial into the air; and there came a great voice out of the temple of heaven, from the throne, saying, It is done …” (The Revelation 16:15-17).  So please, please folks, don’t listen to Lucifer’s pre-tribulation rapture lies anymore, for he’s out to weaken your resolve to be faithful unto death, if need be, in the not-to-distant future!